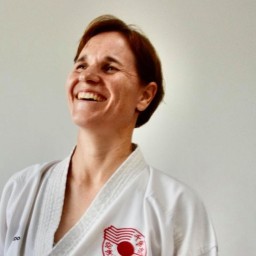 This article and image has been shared from https://www.understood.org. Please visit the team at Understood and support their work.

Exercise is great for every kid. But kids who learn and think differently can have a hard time finding a sport that suits them. Find out why martial arts might be a good fit for your child.

What Are Martial Arts?

Martial arts are an ancient practice from Asia. They were originally meant for self-defense. Today, lots of people do martial arts to build physical and mental strength.

There are many different types of martial arts. Some—like karate and tae kwon do—focus on striking and blocking. Others—like judo and jiu-jitsu—focus on wrestling and grappling. All use planned, repeated movements and focus on the connection between mind and body.

Lots of families say martial arts help boost their kids’ self-control and focus.  Some research supports this, says Kimberley D. Lakes, PhD, of the Pediatric Exercise and Genomics Research Center at the University of California, Irvine. (Most studies don’t focus specifically on kids who learn and think differently, though.)

The Benefits of Martial Arts for Kids

There are lots of reasons martial arts might be a good match for kids who learn and think differently. Here are nine benefits.

This article and image has been shared from https://www.understood.org. Please visit the team at Understood and support their work. This piece has only been shared on this site by Sandra Phillips but not written by her.

Sandra is passionate about living her best life and helping people like you live their best lives. No matter what you may be going through, know that your best days are ahead of you. Choose to challenge yourself to do something today that is important to you (no matter how small it may seem) and create ‘practices’ that help you live your best life.